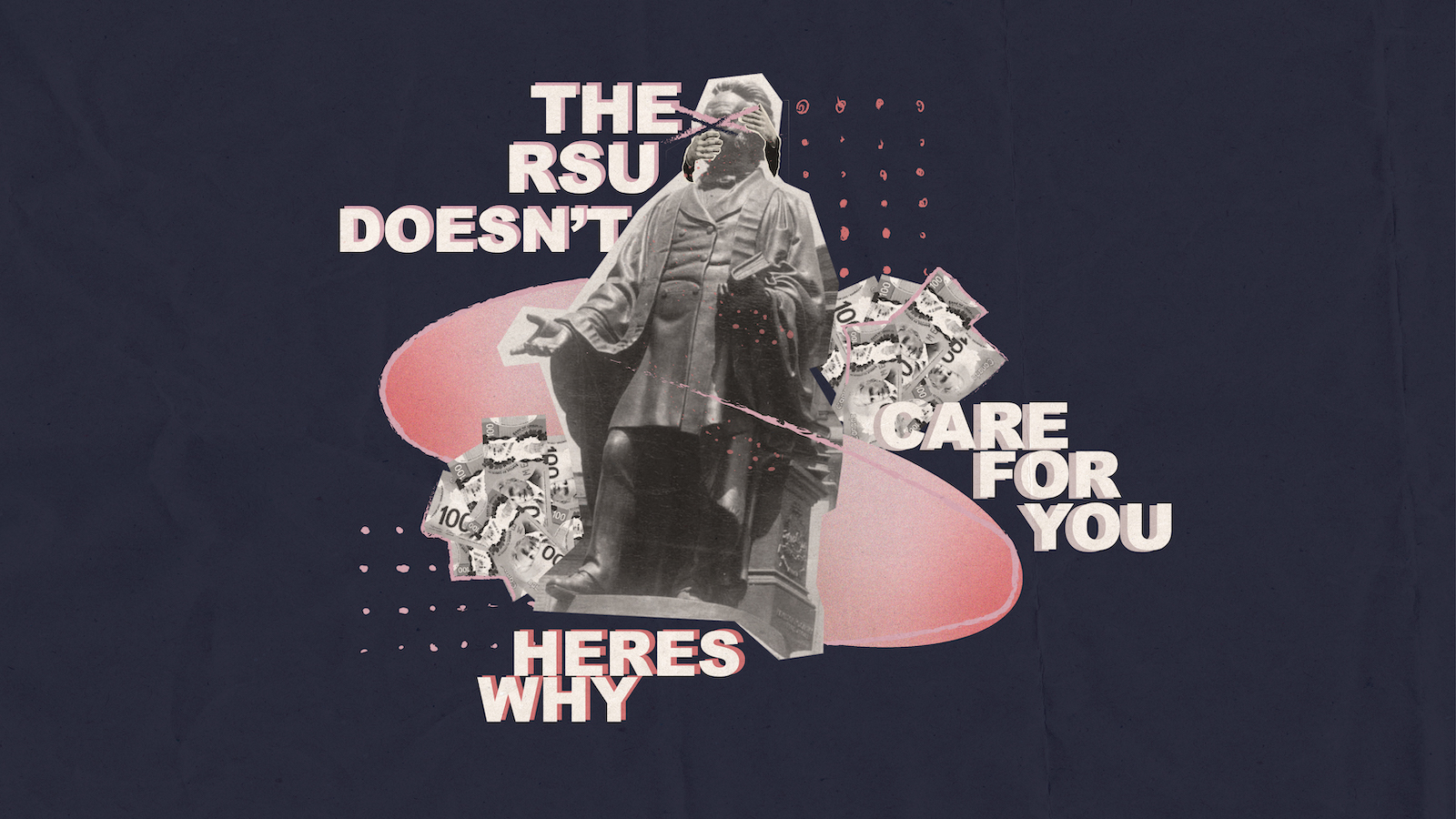 The goal of any student union is to continuously fight to improve the overall well being of students on campus, and we at the RSPSU have completely lost faith in the Ryerson Student Union’s ability to do so.

Over the past month, in the midst of a pandemic and economic uncertainty, the RSU has cut vital social services that go directly towards helping students. This all culminated in the recent termination of all staff working at the Centre for Safer Sex and Sexual Violence Support and Good Food Centre. Both of these centres provide essential services to students, with the former directly assisting survivors of sexual assault and violence with finding the tools they need to heal, and the latter providing food security to students at Ryerson struggling to make ends meet and put food on the table in an ever more difficult economic situation. Services like these are the lifeline for many students – whether they are vocal about it or not. If just one student needs out to get help for sexual trauma they’ve experienced or if only one student requires access to a more efficient food security program, then money should be put towards those Centres. Instead, the RSU has focused on increasing spending on giveaways/branding and gutting essential services on campus.

In a general meeting on November 24th, President Ali Yousaf and the executive members of the RSU attempted to explain that the reasons for the closures were due to cost-cutting measures and mismanagement. This was after an announcement was made regarding the fact that they found $700,000 of surplus in their annual budget. As a member of the Board of Directors pointed out, if mismanagement was an issue, there should have been procedural steps to follow before the firing of all staff who worked tirelessly within the relevant centres. Perhaps the blame should be shifted to the RSU’s mismanagement of their budget, finances, and priorities, not only over the four months – but over the past several years.

The RSU’s decisions are reckless – but, unfortunately, are to be expected from a team that is led by a president who served as the VP Operations during the tenure of Ram Ganesh, the former President who was accused of embezzling hundreds of thousands of dollars from the RSU budget. President Yousaf has been involved in not one but two investigations of financial mismanagement during his time at the RSU as a VP – specifically during the 6 Fest concert, where almost $80,000 that was meant to be refunded directly to students was instead placed in the personal bank accounts of Yousaf and a fellow VP of the RSU. An internal investigation was cancelled by former President Ganesh on accounts that the cost for legal fees would come at an inconvenience for students. The matter was settled privately, but there was no public accountability for these mistakes. This style of back-door, smokey-room diplomacy has no place in our student government – it never did in the past, it does not now, and it will not in the future. Not a single financial record has been posted since the 2017-2018 fiscal year.

RSU Executives get paid salaries that come directly from the money that you pay as a part of your student tuition fees. They are accountable to us, not their group. The amount of money they spend on social programs in the community versus what they spend on branding, internal affairs, and meetings is laughable, but there is absolutely nothing funny about such a gross display of disrespect towards our community. The RSU is no longer a union, it is a failed business venture. They have yet to publicly release a statement or take any action towards the removal of the Egerton Ryerson Statue, completely ignoring the calls of thousands of students who demanded it’s removal. Our student union at large should not have any space for financial mismanagement, ignorant and un-compassionate decision making, and lack of accountability. We are calling on the students of the School of Performance, of FCAD, and of Ryerson as a whole to join us in demanding that the RSU executives release their financial records, hire back the necessary staff members, reinstate funding to social programs, and be held accountable for their mistakes. Multiple administrations over the past couple of years have come and gone in the RSU – with nothing changing. This isn’t an individual problem, it’s a structural one. Help us bring the Executives and President back to earth from whatever cloud they are currently living on. The time for self governance in our University is now.

The Ryersonian: Transparency concerns raised at RSU board meeting

The Eyeopener: Termination of C3SVS Staff is Harmful to Survivors

Welcome to the RSP

Statement of Solidarity – Removal of the Statue of Egerton Ryerson